Who revived the Crimea in the first postwar years?

“I don’t think the ‘Crimean issue’ will ever be taken seriously. Crimea, as it is called, is completely “tied” to Ukraine, and its accession to Russia – even purely hypothetically – will simply finish the Russian economy. ” (E. Gaidar, Pravda Ukrainy, 1995)

The all-Ukrainian referendum on December 1, 1991, held shortly after the proclamation of independence, with the question: “Do you support the act of proclamation of independence of Ukraine?”, Was held in Crimea quite calmly and without any confrontation at the ethnic and political level. 67.7% of voters took part in the voting, 54.2% of Crimeans gave a positive answer. In Sevastopol, this figure was even higher – 57%. The results of the referendum on the Black Sea Fleet turned out to be quite sensational. Of the 97% of servicemen who took part in the vote, 72% were in favor of Ukraine’s independence, and 48% supported Leonid Kravchuk as President of Ukraine.

Thus, the results of the First All-Ukrainian Referendum convincingly show that, despite the purposeful, frantic, long-term Russification of the local population, the peninsula remained Ukraine-centric.

Separatist sentiments in Crimea among the population began to stir up aggressive imperial-chauvinist forces in the Russian parliament and the first pro-Russian parties and extremist Russian public organizations prepared by them. Then the question arose of revising the Resolution of the Supreme Soviet of the USSR in 1954 on the transfer of the Crimean region from the RSFSR to Ukraine. Russian President Boris Yeltsin allegedly distanced himself from extremist statements in parliament, but the presidential administration skillfully used this fact as a means of putting pressure on Ukraine in the unfavorable division of the Black Sea Fleet.

It was at this time that separatist slogans began to be heard more and more often in the formerly peaceful provincial Crimea under the influence of well-paid local chauvinist parties and puppet organizations in Moscow.

One of the most popular of them was the myth of the economic independence of the peninsula, that the Crimean people were “robbed by the uncle of Kyiv”, about the impending threatening “Ukrainization” and the dominance of Ukrainians in the Crimea. Among such a marginalized part of the Crimean society became quite common expression “ponaehali”. That is, when it came to Ukrainians or something Ukrainian, this term was used by aggressive Russians as the most convincing and deadly argument. It was more often used by market traders with clearly non-Slavic facial features and older men with a military uniform and a Moscow accent. The vast majority of the Crimean population, burdened with daily affairs and difficult lives, remained calm, demonstrating national and ethnic tolerance. 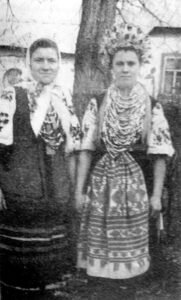 This insulting word “drove” forced me, a Crimean, who has done something useful for this region for 60 years of living on the peninsula, to clarify the painful question for me: captured “originally Russian land?”. Only the Crimean archives could give an objective answer to this. They and the surviving local magazines preserve unique materials on the large-scale, forced resettlement of the Ukrainian people from 1944 to 1985. Economic motives, the scale of many years of violent state action and its subsequent consequences for Crimea have been repeatedly discussed and covered in the press. Those wishing to get acquainted with this problem are sent to our publications in the “Crimean room”, the monograph “Ukrainian sags of the Crimea”, Simferopol, Dolya, 2008,and a very valuable book by Professor Volodymyr Serhiychuk “Ukrainian Crimea”, Kyiv, Ukrainian Publishing Union, 2001 and 2016.

In my firm belief, based on credible documentary material, it was the transfer of Crimea from Russia to Ukraine in 1954 that saved the peninsula from economic and humanitarian catastrophe. Thanks to almost one million Ukrainians forcibly deported from mainland Ukraine and the huge material resources of our republic, the post-war revival of Crimea took place. It is also true that in the already revived, organized and rebuilt Crimea, as the most attractive and comfortable region for life, in 1970-1980 of all the Russian “scales”, mostly from the wilderness, “ran” hundreds of thousands of patriots of the Russian land ». In large cities, especially in Sevastopol, this contingent consisted of retirees, former hebeists and guards of the Stalinist-Khrushchev gulags.Therefore, the hypertrophied separatism of the “city of Russian glory” in the tragic days of February 2014 was not an unforeseen surprise.

If we have already been convinced of the legitimacy of the favorite separatist phrase “let’s go” after 1954, then another unresolved question arises: “Who rebuilt Crimea, which was twice plundered and depopulated by the criminal Stalin-Beria genocidal deportation?” After all, no more than 500,000 people remained on the peninsula, mostly elderly and children. “True Russian patriots” and in this regard claim that the first burden in overcoming economic troubles and destruction was borne by immigrants from Russia. Indeed, the Kremlin initially wanted to populate Crimea with Russians after the eviction of Crimean Tatars and other peoples. The first attempt has already been made to populate the most attractive, orderly areas of the South Coast with a predominantly Russian population.But due to a significant natural difference and a different ideology of management in these lands, in most cases it did not take root and ran around the houses like cockroaches. Immigrants from the North Caucasus (Krasnodar Territory and Stavropol) were persistently detained at the new location. Most of them were Ukrainians. At the same time, the Kremlin’s henchmen came up with the idea of ​​relocating Ukrainians to the Crimea for its revival.

When I worked in the Crimean archives, studying the processes of resettlement of Ukrainians to the Crimea during 1954-1985, I came across only a few materials about the facts of resettlement of the Ukrainian population, when the peninsula was still part of the Russian Federation. He also intended to dig through the Kyiv archives, but such an opportunity did not occur. Already in exile, I came across Ukrainian, rough, printing work, a collection of documents and materials “Crimea in terms of socio-political transformations”, Kyiv, Clio Publishing House, 2016. It was prepared by a team of Kyiv scientists led by OG Desirable.

It was this work that saved me time. In the given documentary materials I found the answer to my question. To a large extent, they confirmed my previous assumptions. 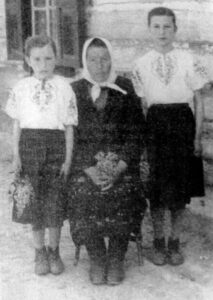 Thus, after the devastating World War II for Ukrainian land (it swept across our land twice), after the multimillion-dollar losses of the Ukrainian population from the Holodomor and in the still recent war, the criminal Kremlin authorities, indulging even the Soviet Constitution, began the mass depot of Ukrainian to a legally different state. This is another proof that both the Union and the Republican Constitutions for the totalitarian Soviet regime were just a show and a fig leaf for foreign countries.

A year after the liberation of the peninsula from Nazi occupation and three months after the deportation of Crimean Tatars, the Council of People’s Commissars of the USSR and the Central Committee of the CP (B) U adopted a resolution on relocating collective farmers to the Kuibyshev district of the Crimean Autonomous Soviet Socialist Republic. To prevent accusations of shifting facts and biased factual material, we quote the preamble part of the Resolution: “In pursuance of the resolution of the State Defense Committee of August 12, 1944 for № 6372 s” On resettlement of collective farmers in the Crimea “to oblige executive committees of regional councils and regional committees KP (b) In Vinnytsia, Zhytomyr, Kyiv, Kamyanets-Podilsky (now Khmelnytsky, Sumy, Chernihiv and Poltava regions) to relocate until October 1, 1944 in Kuibyshev (now Bakhchisaray) district 3000 farms (9000 people).The following is a regional list of farms and the number of migrants. The largest number of resettlements was in Vinnytsia, Kamianets-Podilskyi, and Zhytomyr oblasts (600, 500 farms). From 1,500 to 1,800 people were subject to planned resettlement. Together with the collective farmers, 41 heads of the collective farm, 32 heads of the village council, 40 teachers, 3 doctors, 20 combine harvesters, 60 tractor drivers, 4 mechanics, 8 agronomists and 4 zootechnicians were relocated.60 tractor drivers, 4 mechanics, 8 agronomists and 4 zootechnicians.60 tractor drivers, 4 mechanics, 8 agronomists and 4 zootechnicians.

Another point of the criminal resolution required “the selection of conscientious and hard-working collective farmers, especially those familiar with horticulture, viticulture and tobacco growing, able to develop the fertile lands of Crimea in the shortest possible time,” and each family planned to relocate must be at least 2- x able to work. We deliberately do not touch upon the material and legal rights and obligations of migrants. There should be a separate conversation about them. It should be noted that the resolution provided for such an important thing: “The land of former (Tatar, Bulgarian and other evicted collective farmers who had crops and plantations) is transferred to newly organized collective farms, which are inhabited by migrant collective farmers and assigned to the land for life. “

The immoral decision of the Kremlin marauders to have a significant profit from the sale of the property of deportees (special migrants) is also very interesting. They obliged local authorities to sell to IDPs from Ukraine not only agricultural equipment, but also household items that had previously belonged to special IDPs. After getting acquainted with this criminal and immoral document, it becomes clear that the negative attitude of a certain part of Crimean society to the return of Crimean Tatars and other deported peoples to Crimea becomes clear. The communist-chauvinist authorities in Crimea have been imposing this syndrome for decades. To some extent, the answer to these moral defects is given by some points of this resolution:
– families of collective farmers who move to the Crimea are endowed with houses in which there are outbuildings and homesteads;
– dwelling houses and outbuildings transferred to collective farmers-migrants cannot be sold by them or leased. These buildings become their personal property after 5 years of continuous work on the collective farm.

Other equally interesting aspects of the resettlement of the Ukrainian population to the Crimea before 1954, I hope, will be covered in other publications.

Author of cultural materials, full member of NTSh, member of NSPU, honored worker of science and technology of the Autonomous Republic of Crimea, Crimean citizen with 60 years of experience, journalist of the newspaper "Crimean room". Publisher: «Publishing House “Ukrainian Culture» LLC
Share this