LEVKO MATSIEVYCH: the builder of Ukrainian Sevastopol is 140 years old 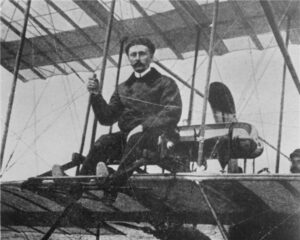 January 13, 2017 marks the 140th anniversary of the birth of Levko Makarovich Matsievich – the first Ukrainian aviator, military engineer, public and political figure. For the people of Crimea, his figure is significant because he was an activist and patron of the Ukrainian national movement in Sevastopol in the early twentieth century.

Lev Matsievych was born on January 13, 1877 in the town of Oleksandrivka in the Kyiv region, in the family of a sugar factory accountant. From his mother, who came from a priestly family, he learned the basics of literacy. He became interested in technology in his early childhood: after observing the work of the plant’s machines, he started modeling his own devices at home. In the 6th grade, having become interested in chemistry, he equipped a laboratory in the apartment. He studied foreign languages ​​very well.

At the age of 18, Lev entered the mechanical department of the Kharkiv Technological Institute. In the spring of 1897 he joined the Ukrainian student community. Later, his older sisters, Melitina, who had a dental office, and Oleksandra, and later her younger sister, Shura, united the female part of the community. One of Matsievych’s friends was the writer, bandura player and composer Hnat Khotkevych: together they staged Ukrainian performances and engaged in educational work. Having become interested in Ukrainian culture, Lev, who until then had always spoken Russian, demonstratively switched to Ukrainian and for the rest of his life used it in communication and correspondence not only with like-minded people, but also with relatives. Since then, he calls himself “Levko”. It was during his student years that he became not just a supporter of the Ukrainian idea, but a Ukrainian .

In Lviv, Levko met with figures of the Ukrainian movement, brought literature and periodicals from there. Under the influence of Mykola Mikhnovsky in early 1900 he participated in the founding of the Revolutionary Ukrainian Party (RUP).

In February 1901, Levko Matsievich was expelled from the university for participating in student demonstrations and sent to Sevastopol under police supervision for one year. In the Crimean south, he wasted no time: sailing on ships, working on the construction of the cruiser “Ochakiv” and other ships, in a few months he was renewed at the university and brilliantly defended his diploma project of a commercial steamer. He joined the Ukrainian circle of dramatic art lovers at the People’s House and became an assistant director – his institute friend Alexander Kovalenko, who arrived in Sevastopol a year earlier. Revolutionary young men who dreamed of a free Ukraine founded a secret circle for which Levko’s sisters and friends brought illegal literature from mainland Ukraine. Over time, branches of the circle appeared in government agencies, in the port and garrison. 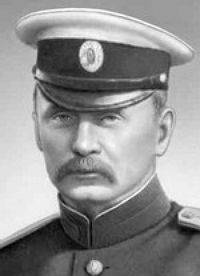 In 1902, Matsievich received the title of captain engineer, defending with the highest grade the project of an armored cruiser, after which in Sevastopol he entered the service of the port, called the sisters and gave them an education. In 1903, after an internship at the Sevastopol military port, Kovalenko became a naval mechanical engineer. Comrades resumed theatrical activity under the pseudonyms “Language” and “Zhurbenko” (under the latter Kovalenko was published in Ukrainian magazines), sought out Ukrainians in Sevastopol and involved them in their activities. To promote Ukrainian culture, they annually organize evenings in memory of Shevchenko, whose patron and patroness was Eugenia Murken (Matsievich was her daughter’s tutor). In the spring of 1903, this lady initiated the publication in Sevastopol of the magazine “Hliborob”.which was to be published almost entirely in Ukrainian and contain articles on agricultural topics, as well as short stories and novels. It was assumed that Levko Matsievych would become its editor. However, the interior minister rejected the request.

In 1903, Matsievych was a member of the selection committee at the Sevastopol raid, and was engaged in the construction of ships that would raise Ukrainian flags in 1917-1918. He studied at the Naval Academy in St. Petersburg, but in 1904 returned to Sevastopol due to lung problems. At the same time, the head of the Tavriya Gendarmerie Department twice reported that the engineer was under secret surveillance due to “increased agitation among port workers.” Matsievych helps Mykhailo Kotsyubynsky to collect materials for stories about the life and way of life of the Crimea – he receives books for the writer in the Maritime Library and informs him about the availability of certain publications for sale. From Sevastopol Levko travels to Galicia, where he visits Mykhailo Hrushevsky. In 1906 he headed the educational organization “Kobzar”.which was created earlier by the Ukrainian intelligentsia of Sevastopol and has just begun to operate legally. Thanks to Matsievych’s activity, the circle became a noticeable force of the Ukrainian national movement.

Fascinated by the theory and practice of aeronautics, in 1910 Matsievich became one of the first pilots of tsarist Russia, gaining skills in France at the Henry Farman Aviation School. After that, in St. Petersburg, he lifts passengers into the air, makes the first night flights, designs his own plane.

On October 7, 1910, Levko Matsievich’s Farman-4 crashed during an aeronautics festival in St. Petersburg. The pilot was pushed out of the seat before the plane literally collapsed in the air. Safety belts and parachutes in aircraft will appear only after this incident…

Captain Matsievich’s funeral turned into a demonstration: more than 100,000 people followed his coffin. Among the 350 wreaths on his grave in the cemetery of the Alexander Nevsky Lavra was a wreath with a yellow and blue ribbon – from the Ukrainian Community, in which the deceased was deputy chairman of the board. Put it by an old friend and comrade of RUE Matsievich – Simon Petliura.

Serhiy KONASHEVYCH,
for IA “Voice of Crimea” and “Crimean Svitlytsia”