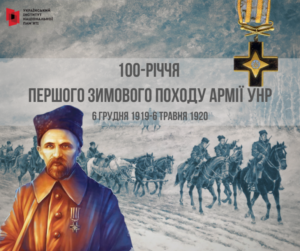 On April 22, 1918, the Crimean group of the UPR Army under the command of Colonel Petro Bolbochan liberated Crimea from the Bolsheviks.
After signing a peace treaty with the Central Powers in Brest-Litovsk, the Ukrainian command planned to occupy Crimea (which did not formally belong to the UPR) and take control of the Black Sea Fleet before the Austro-German troops approached. On April 10, 1918, a Crimean group headed by Colonel Petro Bolbochan was formed from parts of the Zaporizhia Division, which set out for the Crimean Peninsula. It was to outrun the Germans (General von Kosch’s 15th Landwehr Division followed Bolbochan’s group) and seize the Taurian Peninsula earlier than the Allies.

On April 18, the army of the Ukrainian People’s Republic took Melitopol, overcoming the stubborn defense of the Reds. The Ukrainians continued to attack the Bolsheviks incessantly, occupied Novooleksiyivka on April 21, and seized the Sivash crossing by lightning operation at night. A detachment of desperate people, led by Captain Zilinsky, slipped through the mined bridge on motorized carts, dispersed the nearest guard and, under cover of armored trains by Semyon Loshchenko and Pavel Shandruk, followed and fired continuous machine-gun and cannon fire. The result of the rapid offensive was the complete demoralization of the Bolshevik army: the infantry captured the trenches of the Reds, the enemy left the position and retreated in panic. No soldiers were killed in Zilinsky’s group. In order not to allow the enemy to come to his senses, Petro Bolbochan did not wait for the approach of the main forces and continued to persecute the Bolsheviks.

In the evening of April 22, the Crimean group broke through the Bolshevik barrier near Dzhankoi, a hub station in the north of the peninsula, and entered a city already occupied by the Germans.
Crimean Tatar insurgents began to join Bolbochan’s group. On April 24, Ukrainian troops occupied Simferopol, and the next day Bakhchisarai. And the cavalry regiment of the Haydamaks named after Kostya Gordienko, led by Colonel Vsevolod Petrov, advanced along mountain trails in the direction of Sevastopol and on April 28 began fighting with the Bolsheviks on the approaches to the city. As a result, on April 29, the Black Sea Fleet raised the Ukrainian flag and announced its subordination to the government in Kyiv.

However, the success of the Ukrainian army aggravated relations between the allies. On April 26, the German division surrounded all the locations of Ukrainian troops in Simferopol and announced an ultimatum to Petro Bolbochan to immediately lay down his arms and leave the Crimea. After intense negotiations, the Crimean group left the peninsula on April 27 and relocated to the outskirts of Melitopol with weapons, banners and much of the seized property.

Despite this result, the Crimean campaign revealed the brilliant talent of Colonel Petro Bolbochan and became a real triumph of the Ukrainian army, one of the most romantic pages of our history.

It was thanks to Petro Bolbochan’s action that Hetman Pavlo Skoropadsky was able to annex Crimea to Ukraine on the rights of autonomy and keep the Black Sea Fleet under Ukrainian rule. But as a result of the anti-Hetman uprising in late 1918, all the gains in the Crimea were lost.

Status of the Crimean Republic

Involvement of Tatars in the state-building process