Svitlana Morenets is a young journalist who studies at the Ostroh Academy and is practically engaged in journalistic work. Last year, the girl hitchhiked around Crimea to report on life on the occupied peninsula. Her report was noted at a prestigious Ukrainian competition.

The other day Svitlana visited the editorial office of the Crimean Room, kindly agreeing to tell the readers of our newspaper about her impressions of the trip to the Crimea.

– You took third place in the competition “Samovydets”. Svetlana, please tell us about this contest.
– “Samovydets” is an all-Ukrainian competition of artistic reporting that tries to popularize this genre. Not only journalists, but also all those who write fiction reports can take part in it. I submitted my material for the first time, but I followed the competition for a long time. You know, television is not mine. I tried myself in journalistic investigations, but I was always annoyed that in the plots you are limited in words, in the text, that you have to squeeze a lot in a few minutes, and I am a lyricist for life, and I want to be a lyricist in the future. This year’s theme was “Life in the City”. I thought, why not write about one city, but about several. Then I remembered that I had long been tormented by the issue of Crimea, I wanted to listen to the people who live there.

Honestly, I didn’t really expect to win. I wanted to get in the top ten: the best reports are published in a collection. A book with reports of the finalists will be published in a few months. It was very important to me that my material did not go into a drawer, but that people read it and looked at the Crimea from the other side – from the point of view of local people who are going through all these events.

– What prompted you to go to the Crimea, because it is quite a risky trip? Maybe you were there before the occupation?
– Unfortunately, I have not been to the Crimea before. Why did you go? I am a journalist by profession. Everyone here talks about politics, and my profession is such that you need to read about it constantly. At one point I got to listen to the news about the Crimea, where everyone is talking, everyone knows everything. I wanted to listen to stories in person from the people who live there. Since I’ve been hitchhiking for two years, I thought, “Why not?” And left. It was scary – I’m a girl, and one hitchhiking, even in the Crimea… I hesitated, but here I was supported by my teacher from the university (we are just very friendly); I asked, “To go or not to go?” and he said, “Go!” – and I left.

– What cities of Crimea did you visit?
– She was in Simferopol, Sevastopol, and in Yalta, in the New World, Sudak, then in Kerch… Mainly the South Coast. In Balaklava, many people whispered that they wanted to make this city closed… In the report I sent to the competition, I did not mention it because the information was unverified, but some said that people come and buy houses. They offer more than usual, and people sell their homes. I don’t know what will be there, but they are talking about it. 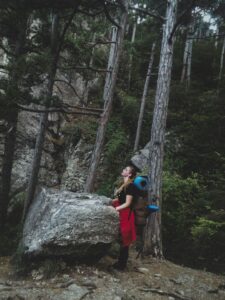 -Did you have any acquaintances in the Crimea?
– In Simferopol I have a friend with whom I met on a volunteer project in the Carpathians. He came from the Crimea to see the Carpathian Mountains. It was summer, and in the fall I first went to him for a few days, after which I began a full hitchhiking trip around the peninsula. When it happened during the trip that I was ill, I had to go back to Simferopol. I rested for a few days, was treated and drove back. In general, I lived in a tent for almost a month…

– What month was it?
– Autumn, end of September. It was still warm, I was lucky. “Velvet season”, as the Crimeans themselves call it. Once in Sevastopol I spent the night on the shore in a storm. I once dreamed of this, so I got it. However, I thought that I would be washed away by the water in the sea together with the tent – everything got wet to the core, and I got sick.

– What route did you get to the Crimea?
– From Kyiv to Novooleksiyivka. Everything went well in Chongar.
Great contrast at the border: the road is broken on our side, everything is ruined… Only you cross three kilometers between two customs – in front of you is a smooth road, and further from the Russian customs roads are perfect, everything is nice, everything is cleaned, everything is whitewashed. Ours have a pit on a pit. It was a shame for that.
Stopped the first car in the Crimea. I ask in Russian:
“Hello, will you hitchhike me to Simferopol?”
“Shall we have sex?”
“No.”
“Then goodbye,” he closed the door and left.

And hitchhikers have this sign: as soon as you catch the first car, so on and so will the whole trip. It is difficult in that respect, because you constantly feel “meat”. I have never had such a thing in every country that every second person offers you to go to a hotel, sex, money… Even with temperamental Georgians it was easier than with Crimean men. I don’t know what it has to do with. By the way, in the Crimea I met only a few native Crimeans. All others are newcomers, mostly from Russia. They said that they came to the peninsula after 2014: to live or on vacation.

Dzhankoya got there, a woman stopped there, and as soon as I got in her car, I heard the song “Oh, you, Hrytsia” playing in Ukrainian. I did not understand at first, how so? And she switched to Ukrainian, asked to speak Ukrainian with her, because she can’t hear her here. She was one of the few Crimean women who told how much they missed Ukraine, which was very difficult for them.
The only thing I saw Ukrainian in the Crimea… Near Balaklava is Mount Bochka, and at the top, when I climbed, there is a small column that indicates the height. Here he was yellow and blue. I just think I forgot to repaint or didn’t notice. 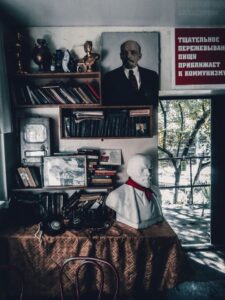 – What do people say about Ukraine in Crimea?
– How many people – so many opinions.
You know, your payment for being picked up is a conversation, but in the Crimea I could not speak. Just to say that I am from Ukraine – you can continue to be silent and listen to how they tell everything they think about Ukraine, Russia, about what is happening. People want to talk, but they wouldn’t tell a Crimean what they didn’t tell me, because they are afraid that they will be betrayed. Everyone was very happy with the roads, because the repairs are major, new routes are constantly being built. But they said that there is no freedom, that it is scary to say too much – they are afraid that they will be betrayed… If the standard of living may have improved a little, then there is no freedom at all. Everyone is very much chasing Maidan, that everything fell apart because of Maidan, that Maidan is evil, and that’s where it all started.

Crimeans are convinced that Crimea will never return to Ukraine, that this is an inevitable process. But at the same time many people go to the Kherson region, make biometric passports. And they want to be with Russia, and everyone wants to go to Europe. Even those who tell how beautiful Russia is, to the question: “Then why did you make a biometric passport?” – are silent and do not know what to say.

But all Russians spit that prices in the Crimea are almost the same as in Moscow. I was in Croatia, the resorts there are the same prices, but the level of service – heaven and earth.
They persecute the Tatars a lot, they say that they are to blame for everything that the Tatars got, but they say that they are not oppressed, but try to lure them to their side, build schools, kindergartens, promote them to high positions so that they calm down and calm down.

– Did you communicate with Crimean Tatars in Crimea?
– I met with Tatars in Simferopol in “anticafe”. I did not say that I was a journalist, but as soon as I asked what was here in terms of freedom, I was immediately told: “What are you, a journalist? Nobody asks us such questions, we don’t talk about it – “ears” everywhere “… They said that it is better to live, but there is no freedom. And because there is no freedom, it is difficult for them to live. According to them, the main problem of Crimea is that there are no patriots here. Crimeans will agree with those who offer the best conditions. America will come, offer higher salaries – and deliver the American flag. Crimeans do not have ideals, patriotism, love for the country, they do so – to somewhere better.

– In general, if you compare Crimea with Ukraine, is there anything in the atmosphere? Freedom of movement, freedom of thought, freedom of speech?
– Yes, it is very felt. When I left the Crimea, reached the Ukrainian checkpoint, I just exhaled: “My own!”. And at the station there was a train where young guys in military uniform were loaded – they were sent to Donbass. I wanted to cry because I can’t help it…
But still, when you come to the Ukrainian part, you immediately feel – you’re home. And the woman from Dzhankoy, with whom I went to Kyiv, said: “Here I am at home, here I breathe freely, I am not afraid to speak Ukrainian.”
In the Crimea, I did the following experiment: I spoke Ukrainian in the store, and in 99% of cases the sellers ignored me, just turned around and walked as if they didn’t hear, and only when I repeated the request in Russian did they “notice” me. This is such a habit in them…

– Could you compare the current Crimea with Russia proper?
– Yes, when I traveled to Georgia in 2016, I hitchhiked through Russia… Everyone there treated me very well, and none of the ordinary people, the drivers who picked me up, said that we were bad or something. They said: “It’s all power, they cook peoples. We don’t watch TV. ” I have not come across a single Russian who would say that he hates Ukraine; there was no such thing at all.

In general, the difference between Russia and Crimea is that in Russia all Russians are local, and in Crimea – “pun”: Crimean Tatars, Russians, Ukrainians, who just do not come there… Of the locals who lived here a long time ago, I met only one couple in Yalta. And so all visitors from Russia, mainly from Krasnodar. For some reason everyone goes to the peninsula from Krasnodar. 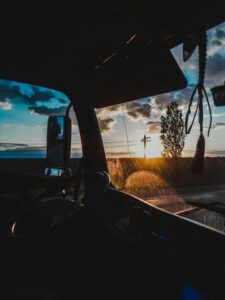 I met Russians in the Crimea – emergency workers (rescuers). And they asked me: “Tell your Ukrainians that we did not want a war, and we do not want to fight either.”

In fact, normal, adequate people understand everything. In the Crimea, I have not met a single person who would treat me with hatred.
I would like to return to the Crimea, because I have visited only large cities and it is mainly the South Coast. I want to visit both villages and towns, hear as many views and stories as possible.